Artificial Intelligence refers as use of artificial neurons in order to get human brain like functionality in machines. Our brain contain thousand of neurons to function. Likewise machine learning language experts use artificial neurons to process data using various algorithms. The top search engine Google use the machine learning algorithms to process billions of data. But there were some limitations in artificial intelligence-assisted language translation. Thus the Google’s AI expert team has been aggressively introducing the tech into its core products in attempts to improve efficiency. The company says new technique will enhance its results. The company’s AI team calls it the Google Neural Machine Translation system, or GNMT, and it initially provided a less resource-intensive way to ingest a sentence in one language and produce that same sentence in another language. Instead of digesting each word or phrase as a standalone unit, as prior methods do, GNMT takes in the entire sentence as a whole. 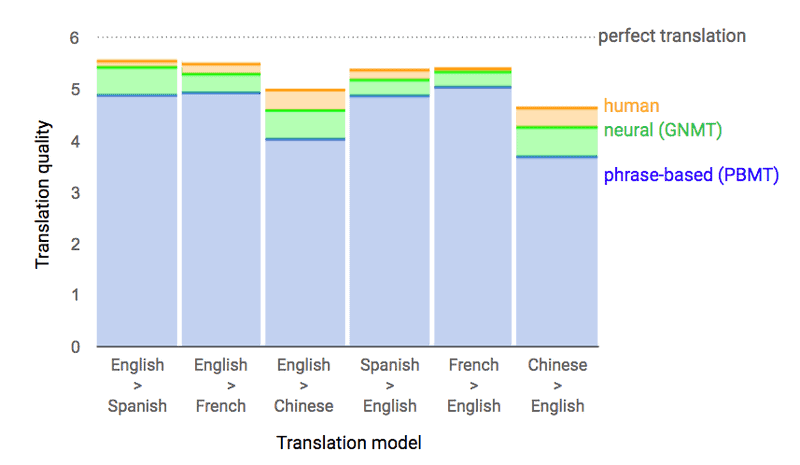 The advantage of this approach is that it requires fewer engineering design choices than previous Phrase-Based translation systems,” writes Quoc V. Le and Mike Schuster, researchers on the Google Brain team.
When the technique was first employed, it was able to match the accuracy of those existing translation systems. Over time, however, GNMT has proved capable of both producing superior results and working at the speed required of Google’s consumer apps and services.

Do you have any question for us?